She Figures takes Distaff first off the claim 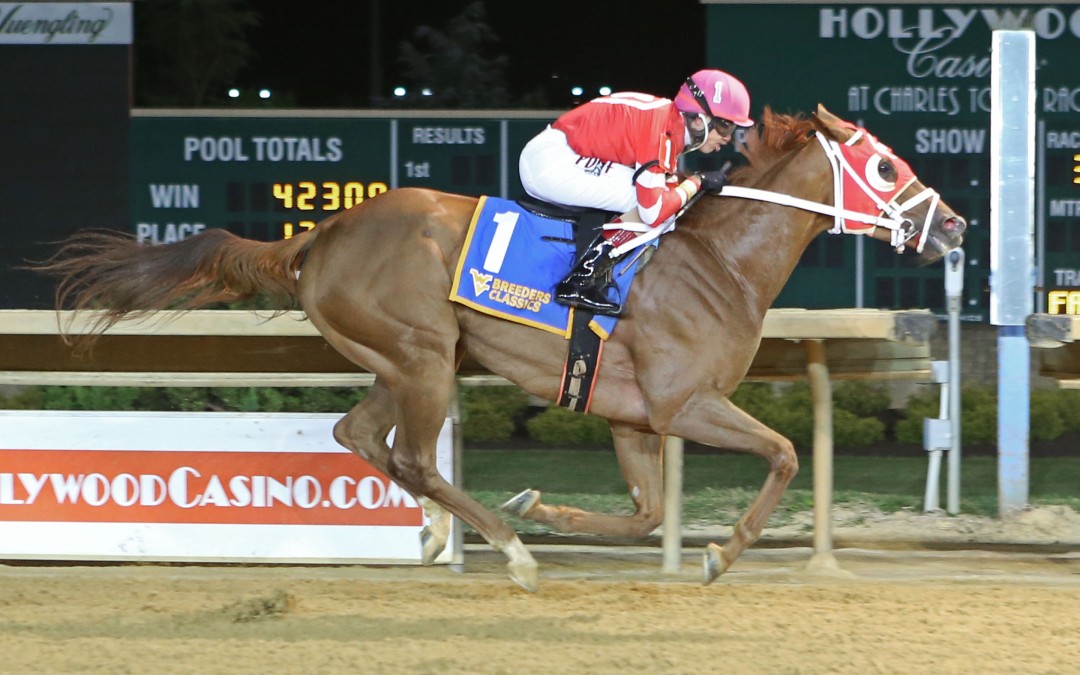 There were a lot of ways to go In Saturday’s $70,000 West Virginia Roger Ramey Breeders Classic Distaff at Charles Town Races. You had the defending champ, B’s Wild Cork; the speedy Amelia Bedelia trying three turns for the first time; or Dubai Was Lit, who’d finished in the triple 13 straight races.

A runner the bettors didn’t give much respect, though, turned out to be best of all. She Figures, making her first start off the claim for trainer Ronney Brown, pressed the early pace of Amelia Bedelia before taking over after three-quarters of a mile and then drawing away to a 7 ¾-length triumph.

“When I claimed her [on August 29] I just thought she wanted to go long,” Brown said following the victory. “I made a few adjustments with her and Luis [Batista] galloped her and he loved her. it’s tough to claim one and then win a stakes next out.”

Brown, who claimed the daughter of Overanalyze from trainer Jeff Runco and owners Feebs Racing and Schnably Stable, did so for Kenneth Brown. She won the day she was claimed, her second straight victory and third in four starts.

In the Distaff, Amelia Bedelia, the favorite trained by Runco, shot to the lead and pretty much threw out the anchor. She held a short lead over She Figures, pressing to her outside, in an opening quarter-mile in 25.04 seconds, the half gone in 50.27.

Even so, however, she had nothing approaching an answer when Batista and She Figures issued the challenge. Amelia Bedelia would end up last of seven.

“When she broke and Amelia Bedelia tried to steal it, I wasn’t going to let that happen,” Batista explained afterwards. “She felt good the whole way. When I set her down on the backside that was it.”

Indeed. She Figures had a head in front after three-quarters in 1:16.34, a one-length lead over 47-1 shot Azzura leaving the furlong grounds, and was nearly eight to the good when she crossed the wire in 1:55.60 for 1 1/8 miles.

Defending champ B’s Wild Cork was up late for second, a neck in front of Azzura, who held third. With B’s Wild Cork off at 4-1, the one-dollar exacta returned $65.00.

It was the fifth WVBC win for both Brown and Batista. Brown’s most recent win in the event, however, had come back in 2009 when She’s Heavy Lifting won the Distaff.

“She was really good tonight,” Brown said of She Figures. “I knew once she broke and there wasn’t a lot of speed in there that she would be tough. I love those mares that want to go long.”

NOTES In other action early on the card, Dr. Feelgood (1-9) ran his record to 10-for-10 going 4 ½ furlongs at Charles Town with a two-length score in the $70,000 Dash for Cash in 50.91 seconds. He’s trained by Crystal Pickett for Jill Daniel and was ridden by regular pilot Darius Thorpe… Budding star Star of Night (1-5) dominated the $70,000 WV Tourism Office for trainer Jeff Runco, with Arnaldo Bocachica up. It was the second consecutive stakes win and fifth win overall, from seven starts, for Star of Night, who runs in the colors of Huntertown Farm…