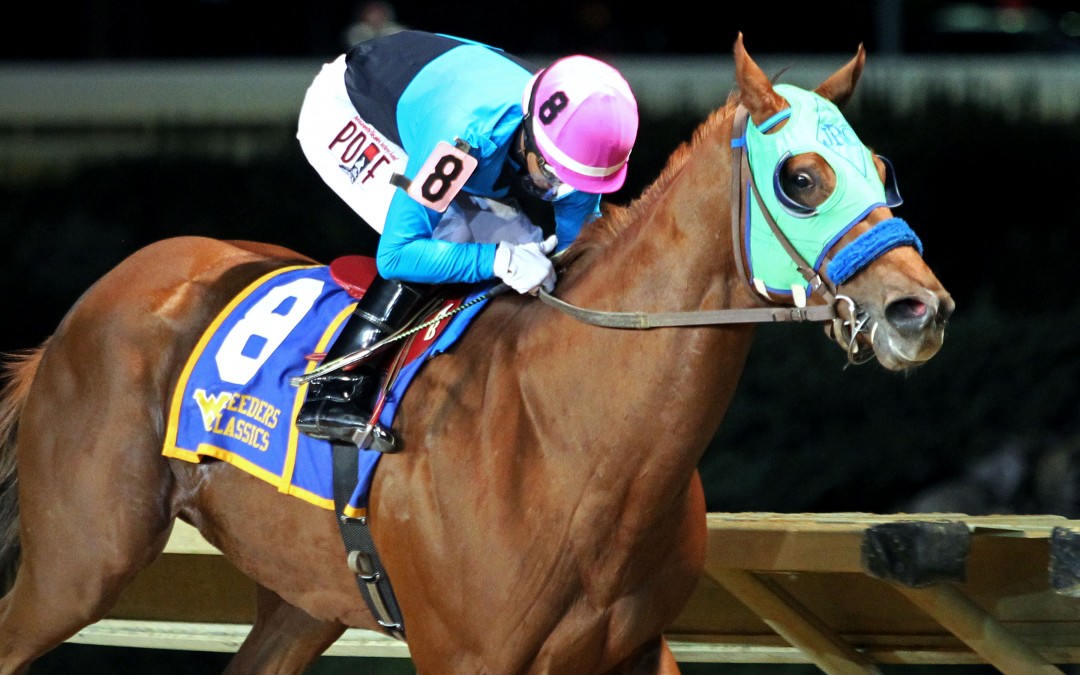 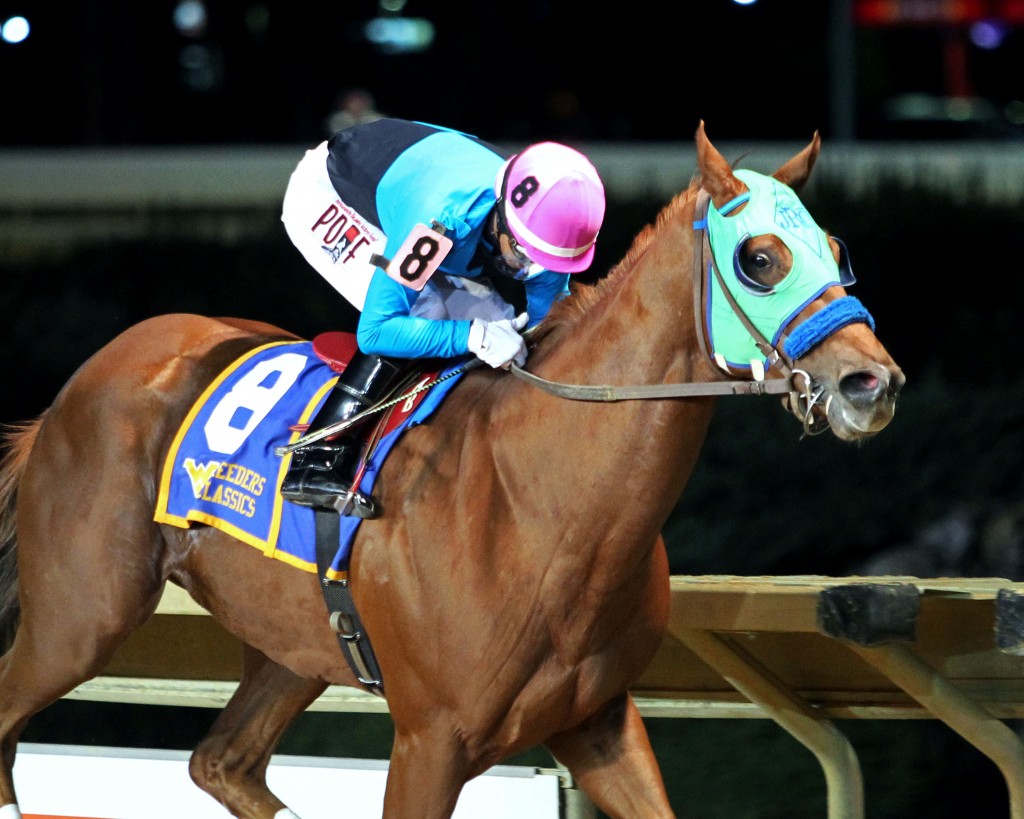 In the moments after watching Hypothesis and jockey Gerald Almodovar overcome early traffic trouble to win the $75,000 Vincent Moscarelli Memorial BC in his first attempt going the two-turn distance of 6 1/2-furlongs, trainer Crystal Pickett had already made plans to send the juvenile son of Algrorithms south to her farm in Ocala, Florida, with her plans to have the gelding ready for next spring.

“Right now the plan is to give him some time off and take him to my farm in Ocala for the winter,” Pickett said. “He’s not eligible to the West Virginia Futurity later this year, so there’s really nothing left for him up here unless we go to Laurel for that stakes race on November 16. But I would like to get him to the farm and give him some time off and then bring him back next spring for the state-bred stakes up here. I would like for him to run through those.”

One race later in the $75,000 West Virginia Lottery Breeders Classic for three-year-olds, Loving Touch (Carlos Delgado) maintained the perfect start to his career with his fourth consecutive triumph. Under jockey Carlos Delgado, Loving Touch gained command soon after the break and led throughout to hold safe Hero’s Man (Almodovar) to score by two lengths while getting the seven furlongs in 1:25.92 as the 2-1 second choice. The sophomore son of Fiber Sonde, a full-brother to Runnin’toluvya, is trained by Tim Grams and gave Delgado his first stakes winner after surviving a brief inquiry and objection from the runner-up.

“He’s really not a whole lot like his older brother,” Grams said, comparing Loving Touch to Runnin’toluvya. “He’s got more of a sprinter’s action, whereas Runnin’toluvya has bigger strides. I really pushed his horse the first month of his career, so I had to give him a little break. But then I wasn’t sure if I would make this race. I didn’t know if he would have enough earnings to get into the body of the race. I’ll probably stop with him now and give him some time off. The only thing he could try would be the [9-furlong] A Huevo and I don’t think he wants to go that far right now.”

One race later in the $75,000 West Virginia Tourism Office BC, Parisian Diva (J.D. Acosta) lived up to her role as the 1-5 choice when she was hustled to the front passing the finish line the first time, maintained an honest tempo on an uncontested lead down the backside and through the far turn, and then held safe C.R. Case’s Legacy under left-handed urging in the lane to forge a two-length score in 1:26.67. The sophomore daughter of Freedom Child trained by Stacey Viands for owner-breeder Melinda Golden notched his sixth win in nine starts this year and eighth win in 13 career tries.

“The adventure of a lifetime,” said Golden, who said she’s owned horses since 1969.

“She’s just an amazing filly,” agreed Viands, who garnered his first WVBC victory on Saturday night. “I was a little concerned when she broke out at the start. That probably cost her a length. But she made the front pretty easily and I’ve worked her faster than the fractions she put up tonight. She was doing really good coming into it and I just wanted J.D. to keep her clear of traffic trouble. She had plenty left in the end. We’ve been running with these other fillies all year, so I really wasn’t all that worried turning for home.”

“I was very confident going into the race,” Runco said of Penguin Power who had upset Runnin’toluvya in the $50,000 Frank Gall Memorial last month. “He just likes to get out of the gate and run. This horse has a lot of talent. We may come back here next month and stretch him out in the A Huevo [for state-breds going nine furlongs]. I’ll have to train him a little differently and see how he handles it, but that looks like the next possible spot for him.”

WVBC NOTES Boundtobebad scored an 11-1 upset in the Triple Crown Nutrition Breeders’ Classic for two-year-old fillies with Christian Hiraldo up for trainer James W. Casey, who aso filled out the exacta with Candyforacause… Trainer Crystal Picket won two undercard stakes as Dr. Feelgood galloped to victory in the 4 1/2-furlong Dash for Cash…